It's Not Work for Jim Ronquest

From TV work to duck calls to conservation, waterfowler legend Jim Ronquest finds the passion that keeps him going. 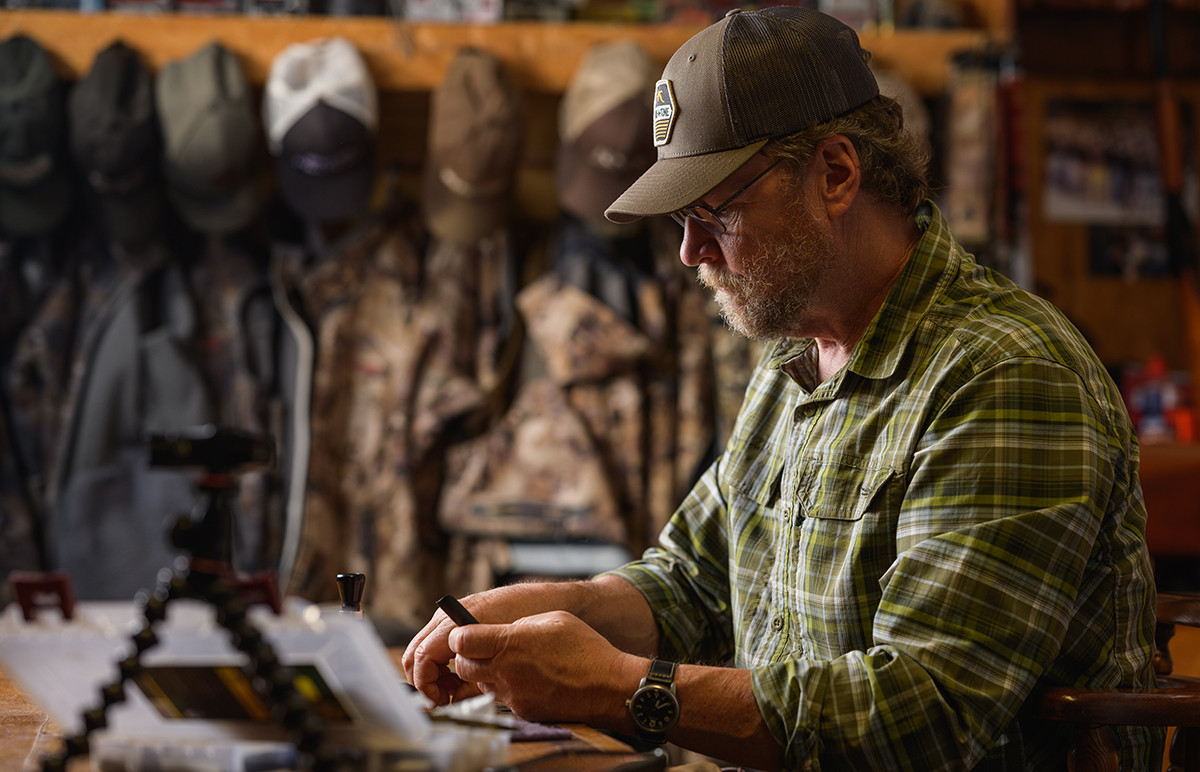 Mike Kemp
Jim Ronquest has tuned thousands of duck calls in his multi-faceted career that includes television and conservation work.

There’s not much more gratifying to Jim Ronquest than ducks on a strap, but ducks through a camera lens come really close.

The iconic producer and co-host of Stuttgart-based Rich-N-Tone’s RNT-V, Ronquest for decades has shared his hunting highs and lows with millions of waterfowl enthusiasts around the world. He has an unmatched enthusiasm and passion for the sport, even after years of slogging through the woods and creek bottoms with gun, dog and camera and production gear in tow.

RNT-V is in its 16th season on The Sportsman Channel. Before that, Ronquest did behind-the-scenes and on-camera videos produced by Primos Hunting in the 1990s and early 2000s.

Ronquest worked on Primos' popular “Truth” series of videos, which was the launching pad to becoming an industry star. He achieved his status for good reason, said Ron Jolly, who first hired Ronquest as a pro staffer for Primos.

It’s all in a day’s work for Ronquest, best known as “Jimbo” to his friends and viewers, but Ronquest isn’t one to see his life’s passion as work.

“It’s satisfying to get good footage, and when you know you’ve got it, it’s like pulling the trigger,” Ronquest said.

“I don’t think I could have done anything else, to be honest. For someone without a college education, your basic redneck, it has given me the opportunity to meet people and go places I would never have been able to see or have done. I’m luckier than I deserve.”

Others don’t call it luck. It’s more an innate connection with the land and wildlife that makes Ronquest so successful. He’s honed his craft over the years to develop some of the best instincts in the business. 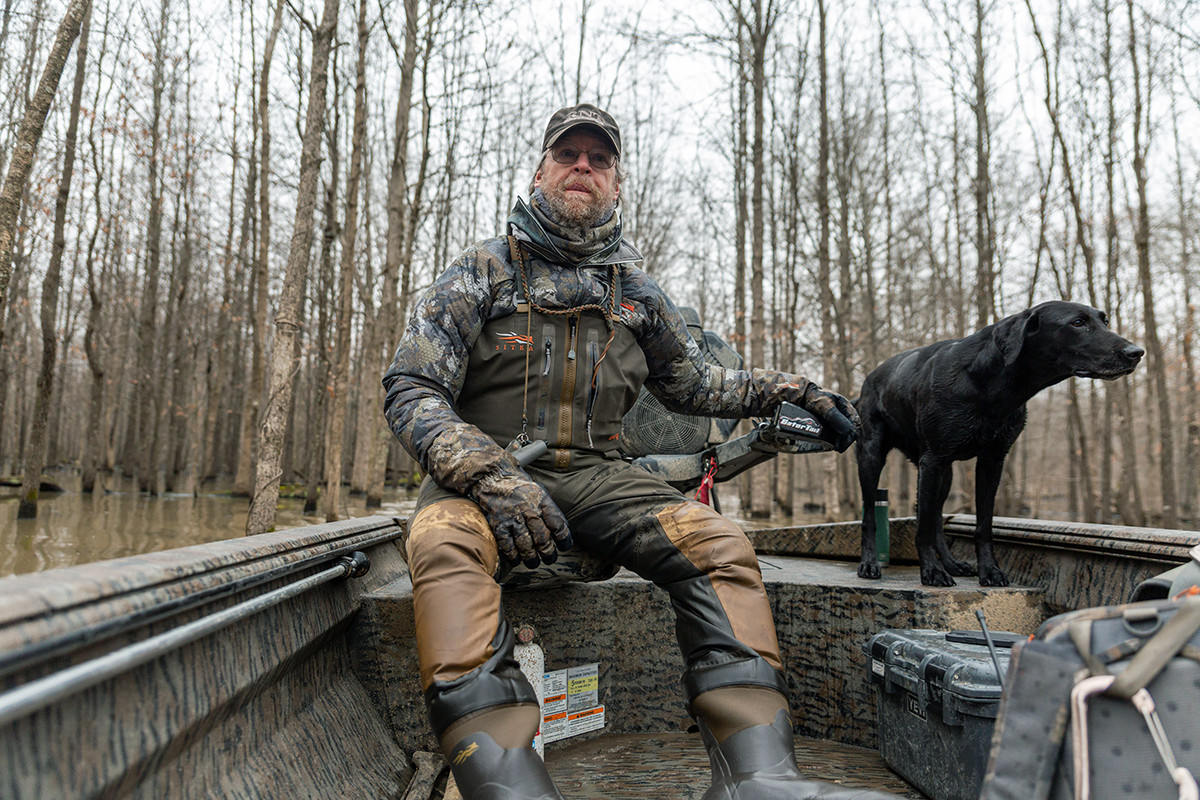 Ronquest’s skills on the call earned him the World Duck Calling Championship in 2006. He’s finished high in the standings several other years, and he’s won two U.S. Open calling contests.

Those world’s best calls sometimes come in handy when RNT-V is filming on location, as TV production sometimes gets in the way of what would otherwise be a more productive hunt.

For one, a recorded duck hunt necessarily involves more people than usual, so concealment is always a big issue. Perhaps more importantly, Ronquest is convinced that waterfowl view cameras as just another set of eyes.

“A camera lens, to a critter, is a big ol’ eyeball, and when it makes eye contact, it scares the bejesus out of them,” he said.

Ronquest acknowledged that, on occasion, those “extra eyes” make for difficult hunting days. Yet, colleagues say Ronquest is the best hunter to have in the blind on those worst days.

“I can tell you countless times when I’ve been in a bad mood and Jim wasn’t,” said Jake Latendresse, a Colorado-based freelance videographer, photographer and longtime friend. “The ducks weren’t cooperating or we couldn’t get the cameras right, and Jimbo might take his hat off and slap a tree, but you get back in the boat and dust off and go back out tomorrow morning.” 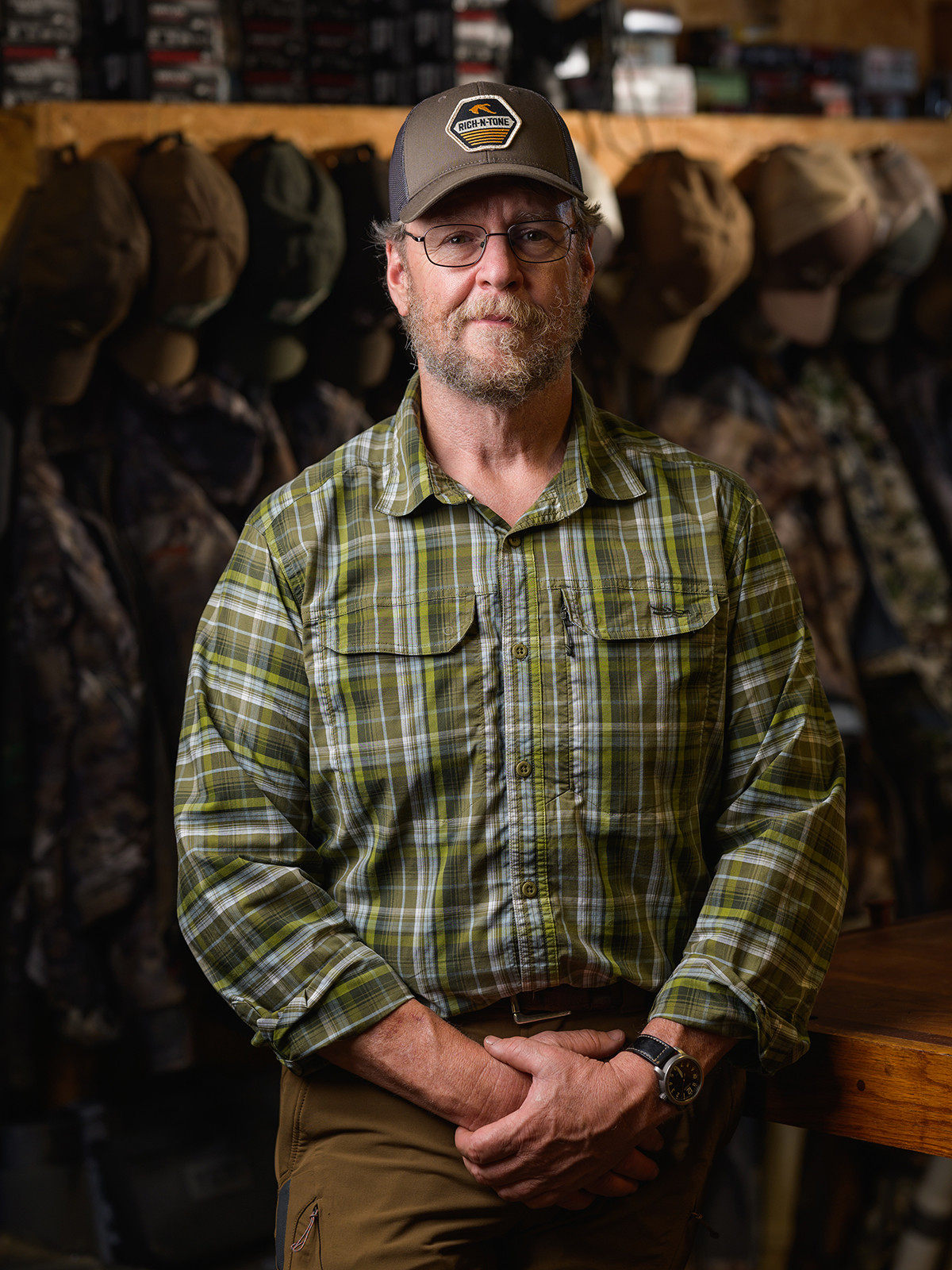 Jim Ronquest has made an enjoyable life out of calling, documenting and protecting waterfowl. (Mike Kemp)

Latendresse and Jolly agreed that it’s Ronquest’s positive attitude, his southern accent and his hunting IQ that help him connect with his viewers.

“Those are the things that built his character in the outdoor industry, but what made him a legend is that he’s a student of the game,” Latendresse said.

Ronquest can often be found studying the landscape in the Cache River and White River bottoms, looking for the smallest details to give him an advantage over his prey. Latendresse said Ronquest’s style of scouting ducks is similar to how others might scout for deer.

His skills go beyond shooting a gun and shooting a camera, his friends noted, and into how to preserve habitat and manage timber and water levels.

For his commitment to conservation, Ronquest earned Ducks Unlimited’s Conservation Communications Award in 2019.

Jolly is a co-chairman with Ronquest of the nonprofit Turkeys for Tomorrow, which the two founded to promote education and conservation of wild turkeys. Turkey hunting is Ronquest’s main hobby, and friends say he’s about as good at turkey and goose calling as he is at calling ducks.

That’s high praise for a man who, according to Jolly, “understands what makes duck calls work. He builds them and knows how to market them and promote them.”

Latendresse said Ronquest has been called upon to tune “thousands and thousands” of calls over the course of his career.

Ronquest played a major role in establishing the Rockin’ R and Mondo series lines of duck calls for Rich-N-Tone. He is grateful for the opportunities afforded him by the company president, John Stephens.

“I love blowing duck calls,” Ronquest said. “Part of what drives me during the duck hunting and spring turkey hunting seasons is the calling aspect of it, and that interaction between predator and prey.”

Δ
“I don’t think I could have done anything else, to be honest. ... I meet people and go places I would never have been able to see or have done. I’m luckier than I deserve.”

Tanks for the Memories

A critical player in any hunt is a good dog, and Ronquest is convinced his retrievers have been the stars of the show.

Through his TV career, he’s had a few great dogs, including “Tank,” known as “Tankers” to his fans. Ronquest said one day he was driving through Humnoke with Tank in the back of his truck and a couple hunters waved him down. Ronquest assumed they wanted to visit with him, but instead the two hunters asked, “Hey! Is that Tank in the box?”

Katie was Tank’s predecessor and “a bonafide professional duck-getter,” Ronquest said. He’s since had Molly — whose motto, he said, should have been “I may not be a duck dog, but I play one on TV” — and another fan favorite, Charlee.

“If Tank and Katie would have ever had a love child, it would have been Charlee,” Ronquest said. “She’s got Katie’s mad-at-’em attitude about finding ducks and Tank’s look. Everybody just loves Charlee girl.”

While Ronquest is partial to hunting the woods around his home on Arkansas’ Grand Prairie, he also enjoys hunting the river bottoms in north Missouri and the lakes and rivers of the Midwest. Nebraska’s Upper Platte River has a similar feel to his home state, he said.

But, he said, some of the best duck hunting footage for RNT-V comes from right here in Arkansas.

“A really well-framed greenhead against a December blue sky is really hard to beat,” he said, adding that he’s convinced a successful hunting video is one where “you can tell a story without audio and people understand what’s going on.”

Ronquest has won dozens of awards, tuned thousands of calls and shed more than 100 pounds. Several years ago, he started a diet program following a health scare and dropped from 320 pounds to about 190. Jolly joked that, previously, “there were two Jimbos.”

Still, there is nothing else Ronquest wants to do. 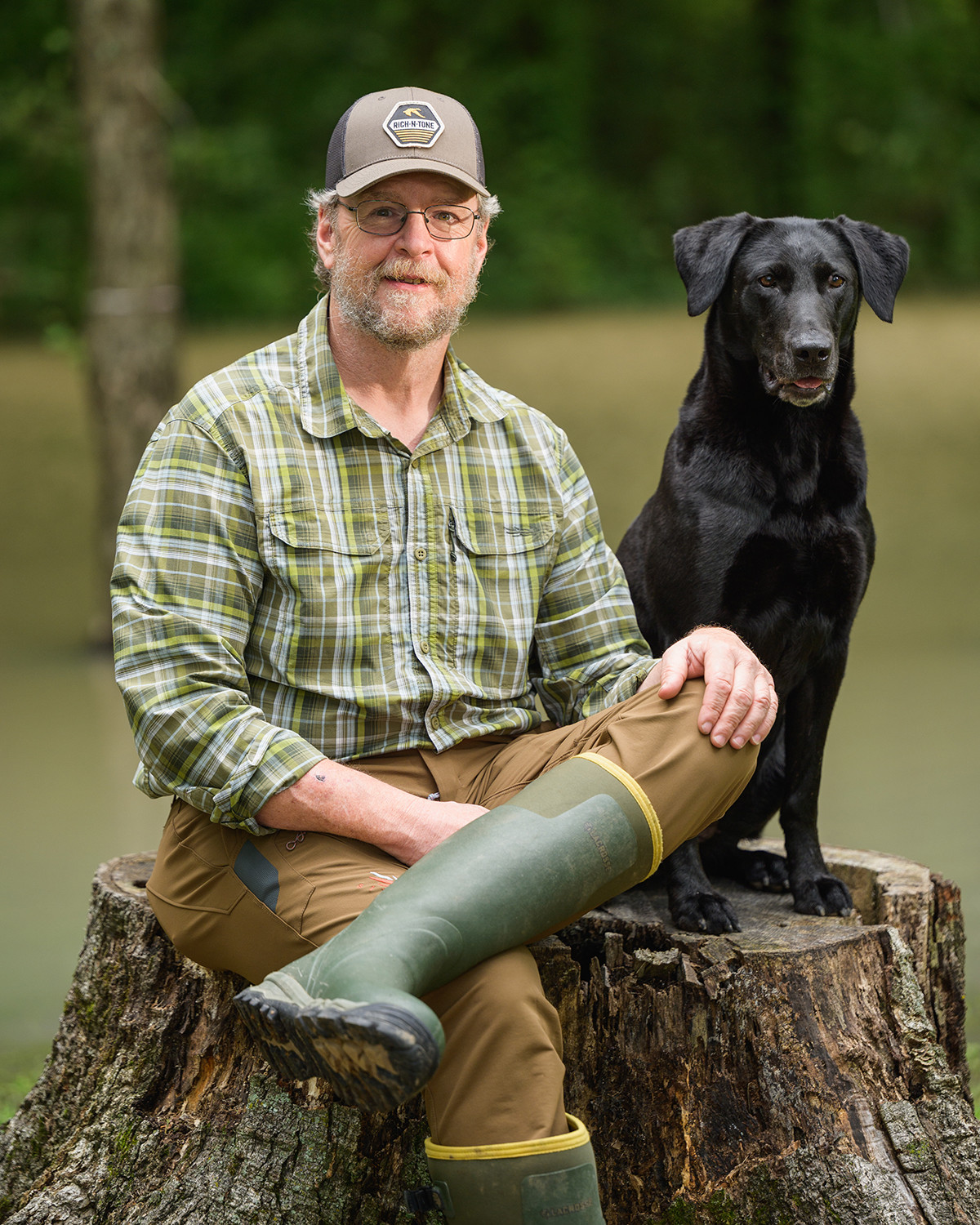 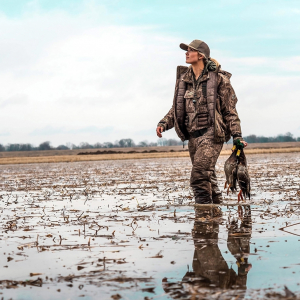 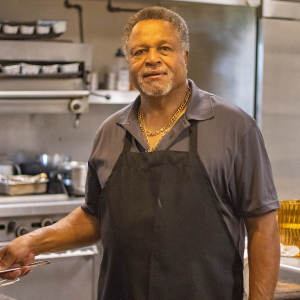 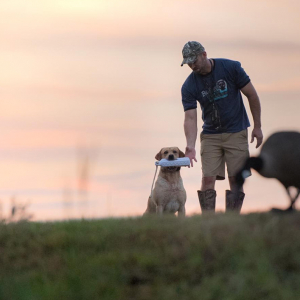 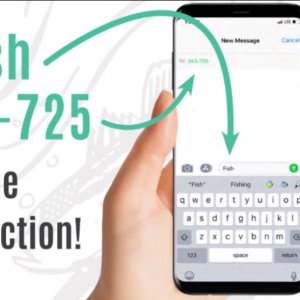