The grind has officially started as Arkansas waterfowlers hurdle into the last 4 weekends of the season. 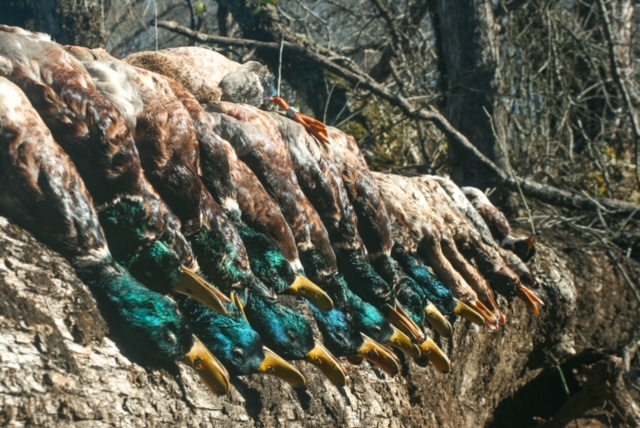 @gar.outdoors
Success has been spotty this season as consistent hunts seems to be few and far between.

Here goes the hustle to the end of what is looking to be our third substandard duck season here in Arkansas. One could easily debate whether this year has been worse than 2018-2019. Lack of nasty, cold duck moving weather has been non-existent. There has been some snow north of Arkansas but the cold and snow coverage doesn't last long enough to really force the ducks to push on south. The limited cold snaps in state don't really motivate ducks to move and feed like they should this time of year. Lazy ducks equals difficult hunting days and we've had plenty of those.

But don't be misled by some social media posts of prominent outfitters north of the border. For the masses, their duck season has been just as poor. The habitat is better north of us that 5-10 years ago but ducks have gotten smarter and smarter with each passing season. They've gotten really good at finding places where boats, side by sides and humans don't disturb them much and stick really close to there if not forced to move or eat. Hunting pressure is ridiculously high here. Not so much in Missouri, Illinois, Oklahoma and so on.

Water wise, the 3-4" rain everyone got last week should help habitat wise but in the short term, it has also spread out the ducks. Once that water runs back off, you should see ducks congregate back to their normal hangouts. This week's rain shouldn't be enough to cause any real issues. Plus the moon is going away which is a big help.

Hopefully we can end with a strong push this last bit of the season. As always, with the right weather, things can turn quickly towards the good. Regardless of how the weather shakes out, be sure to get out there and go. Enjoy the time with family and friends as once it's over, you will have to wait nearly ten months to do it all over again.