An examination of the vital impact “Super Hens” have on the health of the nation's duck populations. 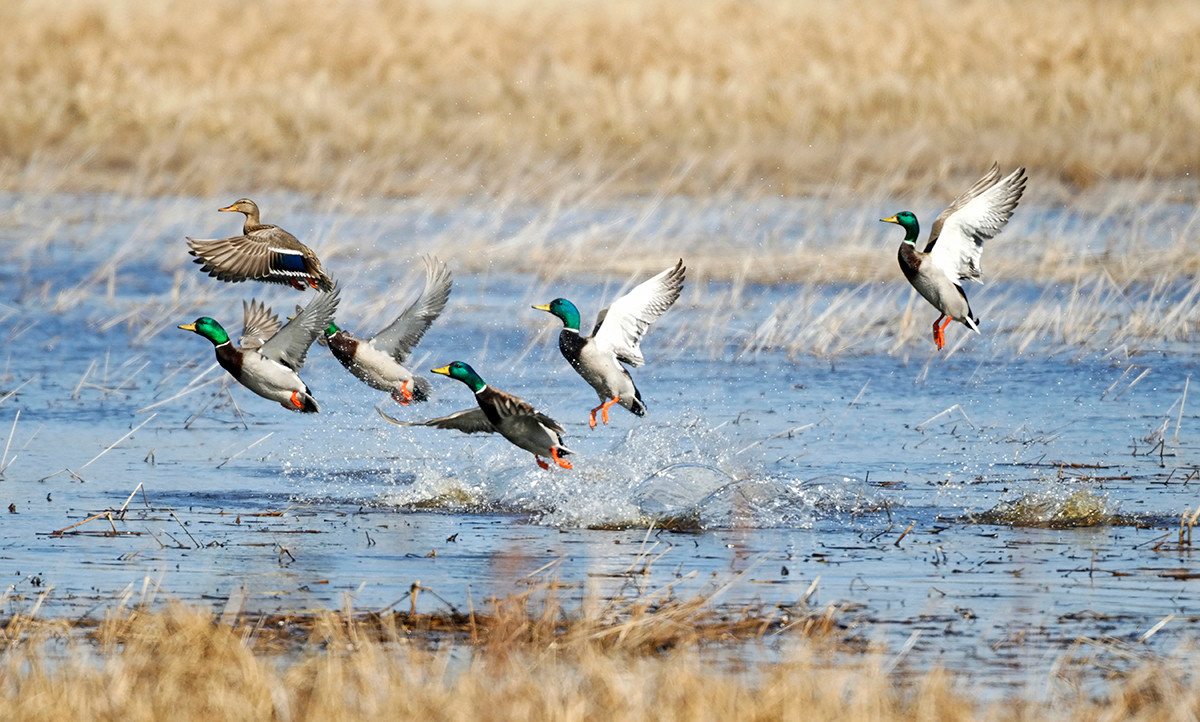 Science can be described as an effort to make sense of the amazing universe we inhabit. How else would the human race explain the countless phenomena encountered over the centuries? Early science leaned heavily on the anecdotal, but great strides have been made in all aspects of the discipline, including technology, data collection and observation.

Modern-day duck hunting leans heavily on science, both traditional and progressive, to learn more about the wily ducks we pursue.

The Adaptive Harvest Management (AHM) framework is the analytical and policy mechanism created in the mid-1990s to guide our waterfowl hunting seasons. Modern, data-driven science helps set the season dates and bag limits in an attempt to reduce the negative impact of human influence.

Admittedly there are plenty of assumptions. We can’t know exactly how many ducks were hatched or harvested each year without some ballpark extrapolation. But the AHM model has seemed to serve us well with continual observation and occasional tweaking.

Ducks represent a very difficult science. A bird that breeds here, stages there and winters elsewhere makes tracking, monitoring and studying very challenging. Banding and telemetry data have helped, but banding only tells us where a bird was banded and where the band was recovered. Nothing in between. And that’s if and when a hunter actually reports the recovered band.

Telemetry provides a wealth of data while the bird is alive and, with cell towers ranging from the Gulf to the Arctic Circle, data can be collected in more places than ever. The issue is that not enough birds are currently being tracked to provide a large enough data set for adequate analyses.

As any dedicated duck hunter knows, we have been on a 60-day, six-duck limit in Arkansas for exactly 24 seasons. There have been some obvious highs and lows for all kinds of reasons: weather influencing the fall flight, conditions on the spring breeding grounds, predators, habitat in Arkansas and north of the state and so on. Despite how poor the 2018-19 season was, coupled with a slightly better 2019-20 season, the season lengths and bag limits don’t seem to be in danger of being altered anytime soon.

Adult male mallards in the midcontinent can likely withstand harvest rates substantially higher than what they are currently experiencing. But no one is anxious to raise the number because few hunters regularly reach the daily bag limit now, and a higher limit could make this perceived goal even more unachievable.

Hunter expectations skyrocketed with the spinning wing decoys 20 years ago and it isn’t clear if the hunting community has ever recovered. So, for the time being, data-driven science says to keep plugging away with 60 days and six-duck limits while hunters scan the skies wondering where all these “paper ducks” really are.

Within the lean seasons, one factor that is a bit of a head scratcher is the continued allotment of two mallard hens on a limit. Logically, if duck hunters haphazardly cull the baby makers out of the population, how can we expect the breeding population to improve?

If you follow any of Delta Waterfowl’s work regarding the amount of damage predators inflict on nesting hens, and the work of state and federal agencies and Ducks Unlimited on habitat loss, you are aware mallard hens already face incredible pressures to survive year to year. Obviously nobody governs how many ducks a predator can eradicate, whether that is an egg, hatchling or adult. Toss in duck hunters lacking the discipline to avoid shooting hens and simple logic says we are throttling duck production.

Some may remember Delta Waterfowl’s Voluntary Restraint program from the late 1980s, which encouraged hunters to harvest fewer hens. This effort was an attempted stopgap after a series of poor hatches and declining duck numbers.

Even local duck clubs instituted a fine for shooting hens, with the money collected donated to a conservation agency at season’s end. At one time, the agencies were leading the charge on easing up on shooting hens. 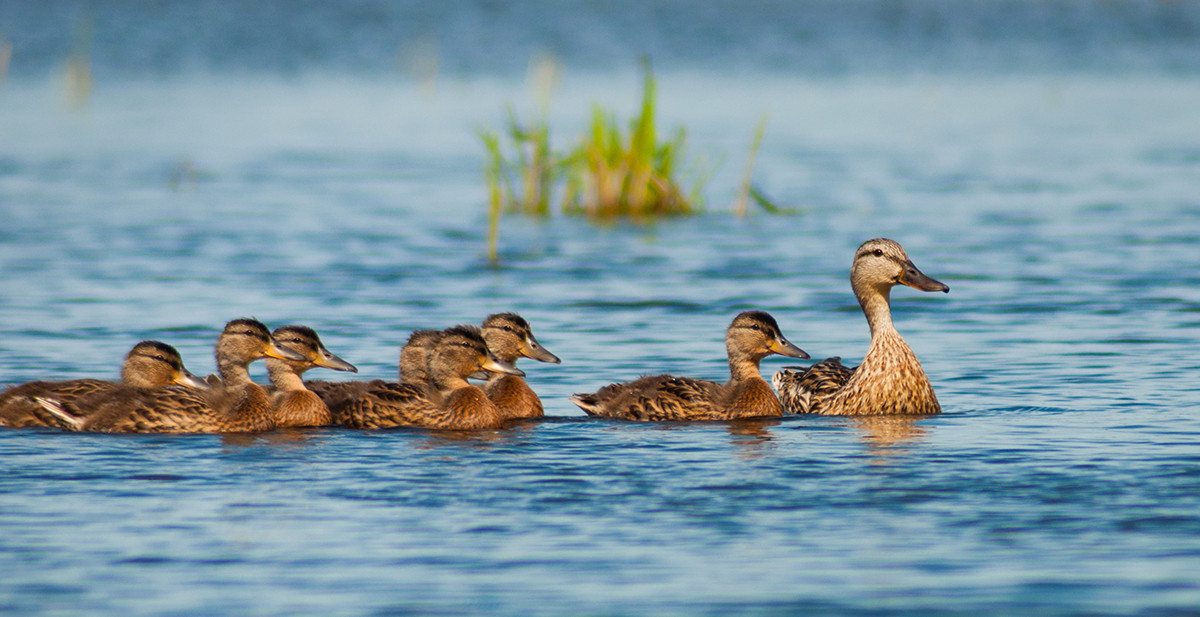 Some of the most thought provoking leaders in waterfowl science are refusing, through their methods, to settle for the status quo. Some of their jargon is admittedly hard to decipher, but fascinating as they continually poke and prod to advance the science behind better duck populations and hunter prosperity.

The consensus is that duck population numbers skyrocket when the breeding conditions are right (water, water, water and habitat) and show sharp declines during dry years. If there is anything certain in the waterfowl world, that is it.

Over the summer, conditions on the breeding grounds have been good to great, with some dry areas in Saskatchewan. That’s three straight dry years for Saskatchewan if you’re counting. It’s not great news for Arkansas as banding data shows a good number of wintering mallards come from this region. And harvest age ratios (the number of hatch-year ducks harvested for every adult) have been low in recent years.

Ask a waterfowl biologist about the impact of hunting on mallard hen mortality and the answers quickly get into some complex science.

At an elementary level, hunters don’t come close to denting the population. Current estimates show hunters shoot around 7% of the mallard hen population each season. On the surface that’s a small number, but there is a trend within the waterfowl science community to avoid being flippant about low hunter impact.

Dial back to 2006 when Mickey Heitmeyer, a member of the Arkansas Waterfowler Hall of Fame and one of the nation’s

leading experts on mallards, published an article that took a hard look at the differences, or heterogeneity, among ducks. The article touched on topics related to duck breeding success or lack thereof, with an intimidating wealth of deep science terminology.

Of interest was Heitmeyer’s Super Hen concept. He defined Super Hens as the females that produce the most female recruits over their lifetimes. Recruits are young hens added to the fall population by mother hens of the spring population.

Simplified, every hen is different in terms of its ability to improve duck populations. One hen may lay three eggs each breeding season and another 10. This is not unlike humans, dogs, cats and so on. In and of itself, that is not earth shattering, but few hunters are thinking a hen is either a big baby maker or a dud when they pull the trigger.

Who, Not How Many

There are two scientific viewpoints on hunting’s impact on duck mortality rates. One states that hunting adds to the natural rate (additive mortality) or the ducks we shoot would have died anyway from predation, weather, disease or other factors (compensatory mortality).

Waterfowl managers have cussed and discussed this for decades, and many believe both cases exist. Hunting is compensatory up to an undetermined tipping point and then it could become additive, meaning we are shooting so many ducks the numbers are impacted. This likely hasn’t happened consistently since the early 1900s, when duck hunting was a free-for-all forcing visionaries and conservation agencies to step in and prevent duck populations going the depleted way of the buffalo.

This could happen again, even with modern-day limits in place, if breeding habitat and populations decline significantly.

Heitmeyer’s Super Hen theory complicates this, as all the methodology and perspectives mentioned consider each hen duck the same as the next. Heitmeyer justifiably critiqued current harvest management protocols that homogenize all ducks into one big pot without consideration of individual differences.

Many waterfowl biologists agree the trick is finding a data-driven way to deal with the problem and make distinctions. When you are all smiles with five limits of mallards including eight hens on the game strap, who's to say you didn’t take out three or four Super Hens? Heitmeyer says removing Super Hens from the breeding population is almost always additive whereas shooting an ineffective breeder is likely compensatory.

This is where who is in the pile is more important than how many are in it. In the example above, if half the hens shot were Super Hens that produced 5-6 new hens a year for an average of five years, that is a lot of future ducks cancelled. The multiplier can get pretty staggering if you extrapolate that over your personal season(s), then over Arkansas, the Mississippi Flyway and so on. 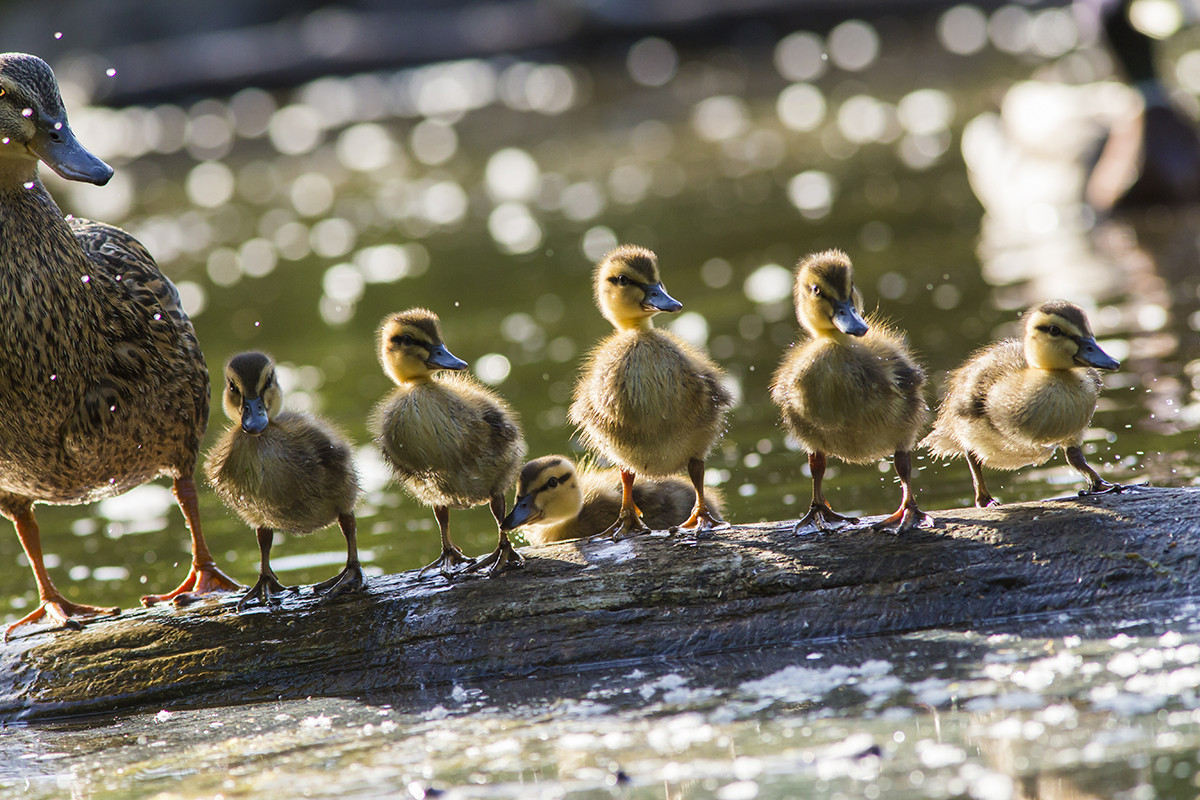 For whatever reason, there are few clubs and hunters with the level of discipline or desire to lay off the hens. Even on days when the action is hot and heavy and, with any patience whatsoever, a full strap of greenheads is entirely possible. Whether it's greed, haste or shooting before discerning drakes from hens, there are too many posts on social media bragging about how great and fast the hunt was, with photos showcasing a lot of brown birds.

Obviously, there is no ready way to identify a Super Hen. Just because a hen lays 10 eggs one breeding season doesn’t mean it will again. The science guys would have to track that same bird year after year and record nest success. As of right now, that capability doesn’t exist. Therefore, Heitmeyer’s Super Hen theory is difficult to prove. But it makes sense to biologists and hunters alike once broken down.

The complexity of the subject is beyond deep and there isn’t space for the various angles and offshoots. And, admittedly, current science seems to indicate that, in years of excellent breeding conditions, all ducks can crank out a pile of young ducks, which can skew the individual observations.

Hunters have zero idea whether they have harvested a Super Hen or a two egg Suzy. But there is a better than average possibility a hen taken in Arkansas in January just may be a Super Hen. If she is savvy enough to make it that far into a season, odds are she is a veteran of multiple flights up and down the flyway and could be productive on the breeding grounds.

It is important within the duck hunting community to consider leaving the safety on and letting all hens live another day, even when the hunt is slow and a lonely hen backpedals into the decoys. Let her go off and do her thing and possibly produce tenfold, maybe fiftyfold more ducks. One duck in a forgettable hunt isn’t worth the potential impact that removing her from the breeding population could have.

Be patient enough on the good days to pick out the drakes and let the hens escape unharmed. If waterfowlers are going to complain about the low numbers of ducks, we have to explore ways to increase breeding success and recruitment. Duck hunters can’t control the weather, can’t control how much standing corn is in Missouri and so on, but you can control when you pull the trigger.

If we want our future seasons to improve, we must get proactive with controllables, probably at the expense of some success afield.

Hunters can help by being trendsetters in 2020-21, perhaps implementing a fine at the duck club for shooting mallard hens, like the old days. And it should be made to hurt.

The effort may not lead to a huge swell in duck populations now, but what if we get a couple of years of remarkable breeding conditions and the potholes are littered with Super Hens?

It would be better than looking up in five years and wondering what might have been while still complaining about the same old stuff.