From Dugouts to Decoys: Baseball Players Turn Hobby Into Business

It's a whole new ballgame as former Arkansas baseball player Josh Alberius and friends document the wild with K Zone. 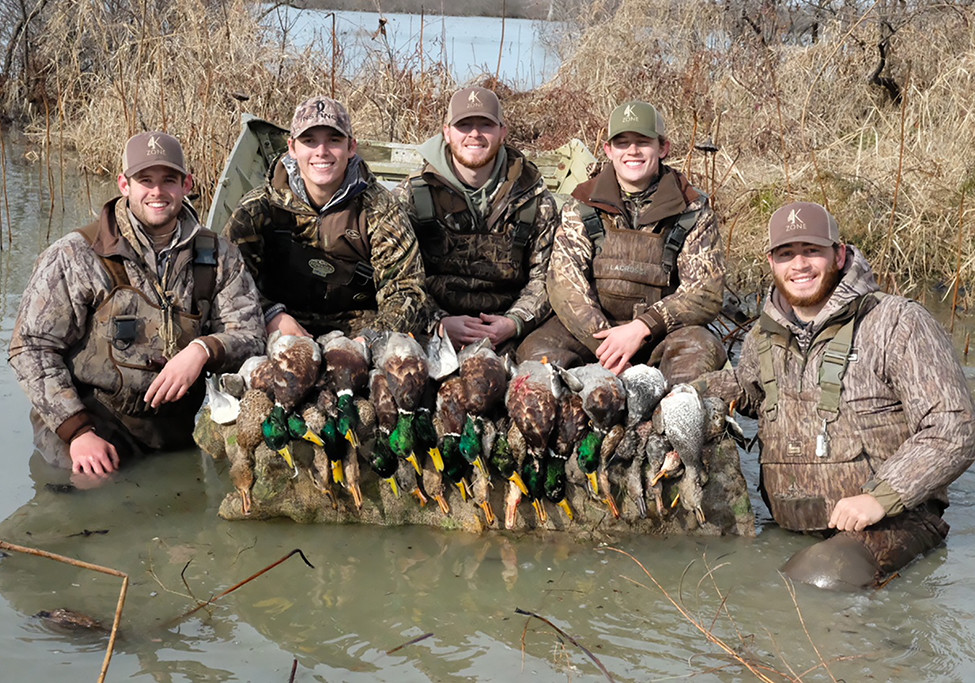 K Zone
Josh Alberius and his K Zone partners turned a love of hunting into a fledgling video/apparel company. But the sport is still fun for Alberius. 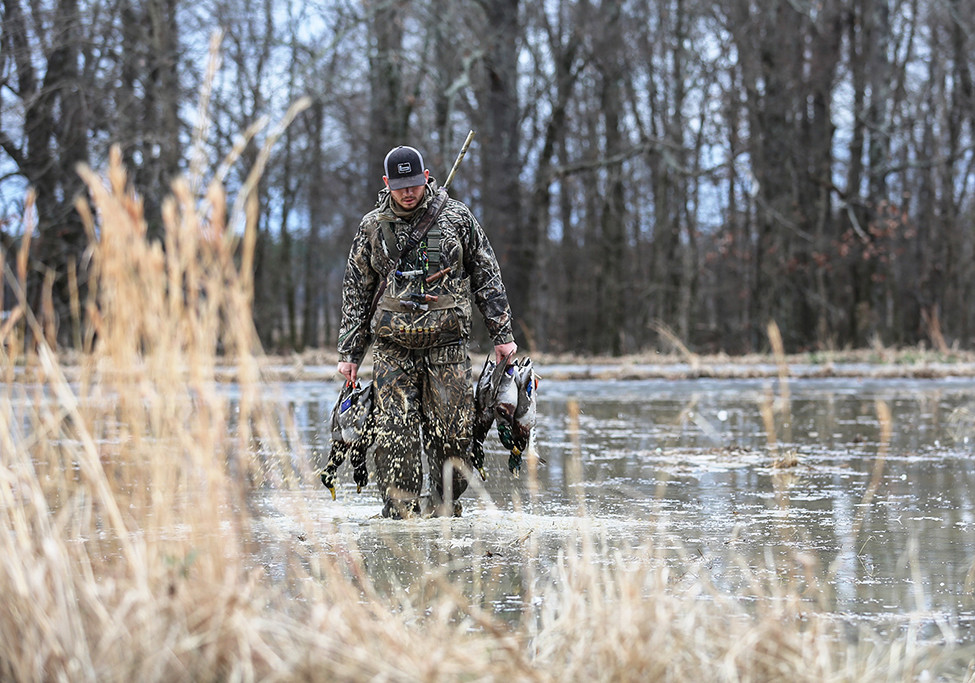 Natural Gear
Josh Alberius and his K Zone partners turned a love of hunting into a fledgling video/apparel company. But the sport is still fun for Alberius. 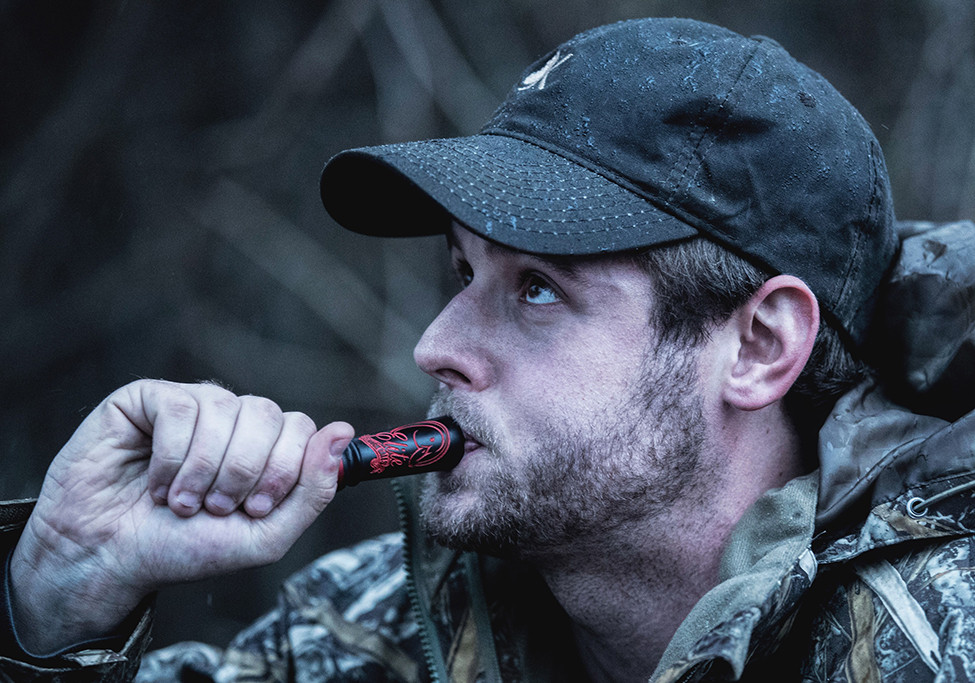 K Zone
Josh Alberius and his K Zone partners turned a love of hunting into a fledgling video/apparel company. But the sport is still fun for Alberius.

Baseball brought them together, but hunting made them friends.

Josh Alberius, his younger brother, Nate, and James Teague all played baseball for the University of Arkansas. Every weekend they, along with their friend, then-SEC Network broadcaster Jackson Braswell, would leave Fayetteville to drive four-and-a-half hours to deer or duck hunt.

“We do all this fishing and hunting and stuff, … and I said, ‘Let’s go ahead and get a social media page and see if we can’t get some recognition for the stuff that we do,’ ” Josh Alberius said.

Around 2013, they began posting videos and pictures of their hunts on Instagram, but they didn’t stop there. The group created a brand, calling it K Zone. It’s baseball shorthand for "strike zone," and the group wanted “a baseball, outdoorsy catch to it,” Alberius said.

The brand name was copyrighted and Josh Alberius said the group decided to start selling baseball hats with the K Zone logo on them. Those, too, became hot sellers.

About a year and a half ago, K Zone launched a website, KZoneTV.com, to sell its merchandise and feature hunting photos and videos. Josh Alberius said new designs for hats and T-shirts are coming to the website soon.

Josh Alberius declined to say how much revenue the outlet generates, but said “we sell pretty good amounts of hats, especially when hunting season gets here.”

K Zone also promotes products on its social media platforms from the hunting gear and apparel companies Natural Gear and Banded, which provide equipment to K Zone. The companies also use K Zone’s videos and photos.

Still A Team
The main focus of K Zone, Josh Alberius said, was to encourage people to become outdoorsmen.

“Because we live in Arkansas and that’s waterfowl heaven, I want to make people pursue the outdoors,” he said. “I want to really build the industry up.”

K Zone doesn’t have titles for the four partners. Josh Alberius said he manages the shipments and the websites. He also handles the photography and video editing.

“I don’t want to call myself the president or the main guy because we don’t really title ourselves,” he said. “We’re a team, and we all work equally.”

The partnership carried on even after the group, all of them pitchers, left the Razorbacks. James Teague, 24, was drafted by the Baltimore Orioles in 2016 and remains with the organization at its Class A Advanced level. Josh Alberius, 24, was drafted by the Miami Marlins in 2017 and played one season in their minor league system. His brother, Nate, 21, left the Razorbacks after the 2016 season and transferred to Arkansas State University at Jonesboro.

Nate Alberius hopes to be drafted by a major league team next year or to play for an independent professional team.

Braswell is now the communications and volunteer center manager at United Way of Northwest Arkansas.

Diamond Days
After graduating from Little Rock Christian in 2012, Josh Alberius played his freshman and sophomore years at Arkansas as a shortstop before converting to pitcher.

While at Fayetteville, he made sure he set aside time for hunting, even though it meant a drive of more than four hours. Josh and Nate Alberius can remember hunting with their dad as children.

“My dad’s hunted ever since he was a kid, and we’ve alway had duck and deer leases around Arkansas,” Josh Alberius said. “So as long as I remember, I’ve been hunting and been doing stuff in the outdoors.”

He said that the hunting and baseball work well together.

“We hunted on the weekends, and then did baseball during the week,” he said. “It made a pretty good balance, as opposed to overwhelming myself with school and baseball.”

The hunting and down time between pitching appearances gave the players plenty of time to concoct the foundation of K Zone, which has proved to be a hit on campus. Nate Alberius said he began noticing the caps as he walked around campus.

“We went out and put an order in for 100 caps,” Josh Alberius said. “Before you know it, two weeks later, they’re all gone.”

Better Than Work
The Razorbacks — who reached the finals of this year’s College World Series — were already on the upswing when K Zone’s creators were with the program, and Nate Alberius said he thinks the brand was initially popular because it was associated with Hogs players and featured quality hunting content.

“There are millions of Instagram pages of people hunting, but when you take a quality picture or really well-made videos, like we do, and you put it out there, it really attracts people,” he said.

“In the world of baseball, if you’re not competitive and you don’t have the drive to be the best you can possibly be, you’re not going to succeed,” he said.

These days, the four outdoorsmen still hunt together as much as they can, shooting videos and pictures for K Zone.

“It is a job,” Josh Alberius said. “But you’re having more fun with it than if you were actually working.”