Duck decoy companies have exploded over the last few years with the advent of several new companies, most of which are focused on creating a more realistic look with a longer-lasting paint job than the next competitor. 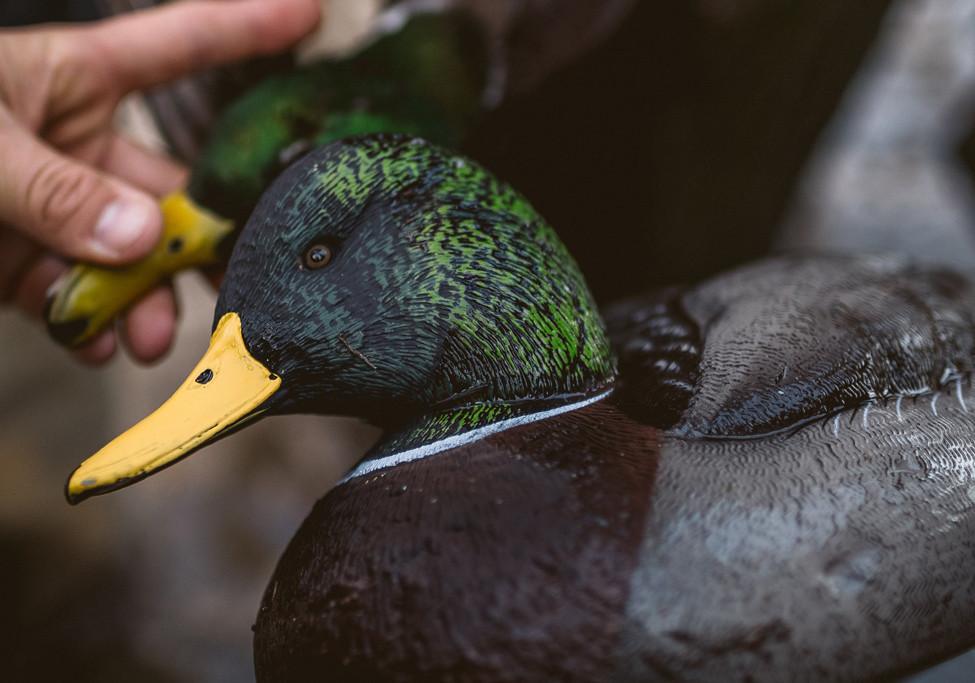 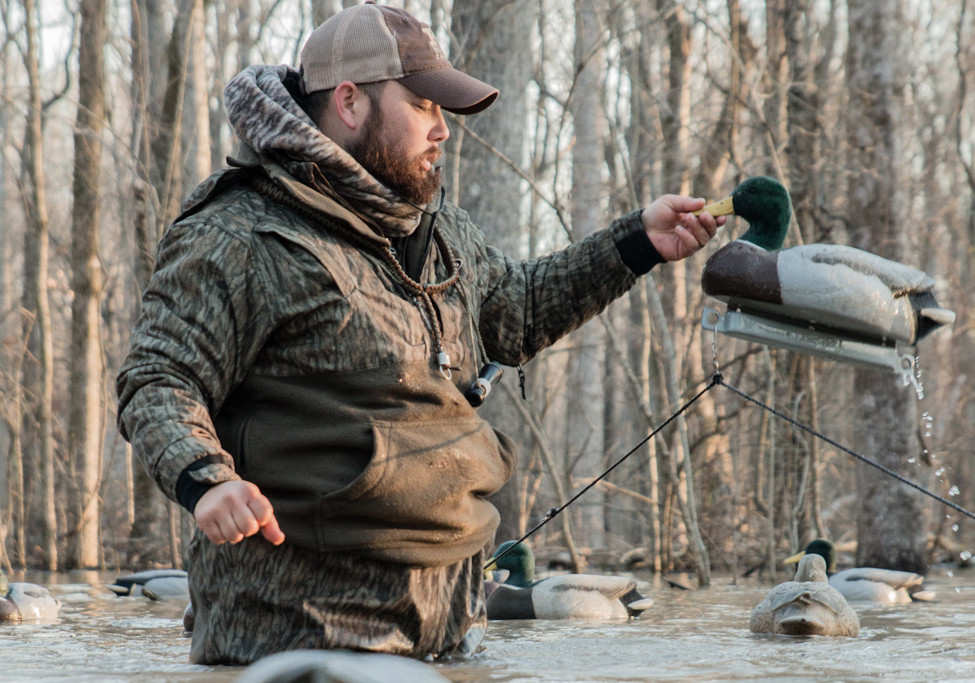 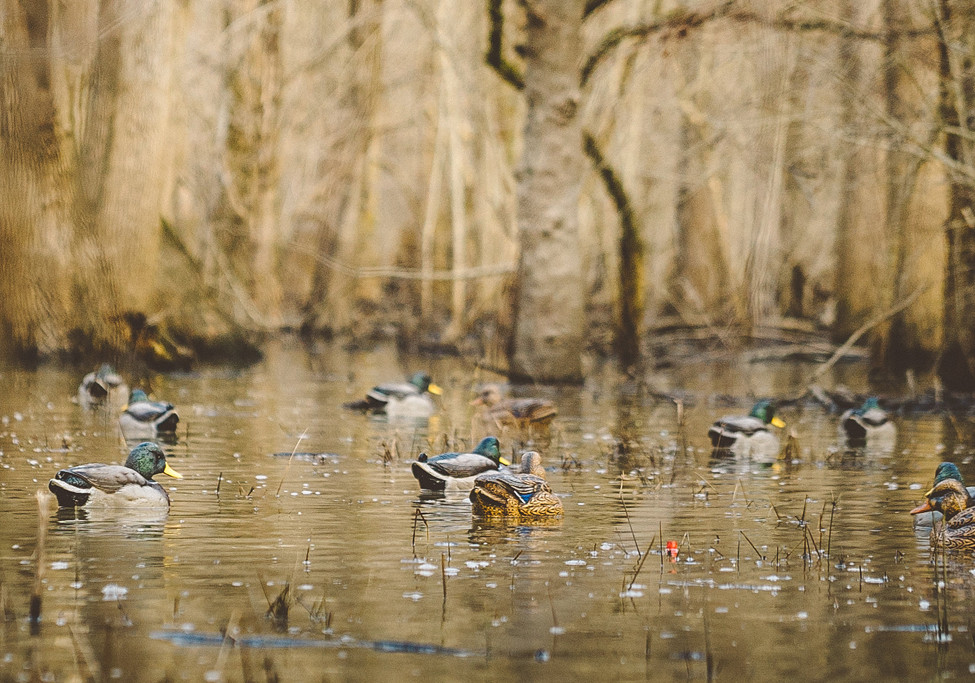 I will admit it. Not even the slightest bit bashful. I have an affinity for decoys. Not for all the whizbang mechanical gadgets — spinning wing decoys haven’t been deployed on hunts I’m in charge of for close to 10 years — but I do love a good-looking, well made decoy.

As my boys will attest, I even go to great lengths to keep paint jobs clean and realistic. I think it matters, especially in smaller decoy setups like we typically use.

When you are hunting over a set of 100 decoys or more, you can afford to have a few greenheads with missing chunks of paint or half-sunken hens. Odds are incoming ducks aren’t going to notice. Things are quite different when you are talking 12-18 decoys; especially field hunting, where it seems every little thing can get noticed. Especially on a cloudy, gray day.

Duck decoy companies have exploded over the last few years with the advent of several new companies, most of which are focused on creating a more realistic look with a longer-lasting paint job than the next competitor. There are even “boutique” decoy companies that produce ultra-realistic, extremely detailed blocks. I ran across a brand recently that sells for $740 a dozen.

Have to wonder if those decoys call, shoot and retrieve the ducks to justify that price tag.

If you’ve been under a rock or haven’t shopped for decoys in the last few years, flocking involves application of a velvet-like material that offsets unrealistic paint jobs and plastic shine. There are some do-it-yourself kits on the market but I’m not sure how easy it is to accomplish the factory quality look.

Flocked heads, and some brands have gone with fully flocked bodies, have become all the rage and I will have to say they do look awesome. Especially on sunny days as the flocking makes those greenheads shimmer unlike any plastic-head paint job. The downside would be they aren’t cheap and durability is an issue if you pick up decoys every day.

There is a hunting contingent that hasn’t bought into the flocked decoy craze. A longtime favorite of Arkansas duck hunters, especially the timber aficionados, is G&H magnums. Unchanged in appearance for decades, they have been a staple on which many rely each season.

The G&H decoys are famous for their lightweight design and toughness. G&H advocate Matthew Finley says “G&H magnums all the way. Decoys have obviously come a long way, but the look and feel nowadays are for the hunter, not the duck. G&H is the best bang for the buck as they last the longest by far and are the most durable when shot. Many of the other brands cost an arm and a leg but you can’t leave them out and they get beat up too easily.”

The debate may rage forever whether to go for realism or volume. Both are very hard to accomplish unless your club’s decoy budget is about the price of a new four-wheeler. I personally jump back and forth in size of spread during the season depending how where I’m hunting, how many guns and, of course, what the ducks are doing. But my dad, regardless of those circumstances, is a dozen decoys type of guy. Easy deployment, easy pick up. It would be hard to argue success either way given track records, as some days it works, some days it doesn’t. And who really knows if it had to do with the decoy spread?

“The advancement of flocked heads has made the economic decoys look so much worse than they really are,” says Anthony Cassinelli, a veteran hunter of the Cache River Bottoms. “In the timber it seems like realism with small spreads trumps the large plastic spreads. Early in the season, big spreads will outkill small spreads. Late in the year with pressured ducks very few to no decoys works better.”

Strategy is a whole other matter that requires constant tinkering and studying duck behavior. Finley echoes Cassinelli’s small spread theory: “Ducks are social creatures … . Early in the season a larger amount of decoys in the woods will catch the attention of the big groups of ducks, but once the love bug sets in late December-early January and pairs are starting to form, less is more. I will usually start with three dozen or so per ‘hole’ in the woods early and use as little as half a dozen by the end of the season.”

Regardless how fantastic or cruddy your decoys look, being where the ducks want to be is still the golden rule. Check out Freddy King’s videos on Youtube with the Echo Calls crew hammering mallards over inflatable Cherokee decoys. It goes to show that if you do your scouting and call for the situation, you could paint two-liter bottles and still shoot ducks.

Advancements in the realism of duck decoys probably makes the biggest impact on the marginal days. But duck hunters are a tinkering bunch. I can’t tell you how many hunts I’ve been on where we changed the spread multiple times. Spread them out. Clump them up. We have too many. We don’t have enough. Sometimes that works. Other times not.

To flock or not to flock. It depends on personal choice and maybe that is dictated by budget. My best advice if you are in the market is to find a brand that sells replacement heads as the flocking usually deteriorates before the body paint. A little homework can save you big bucks on the purchase and its possible you might get invited on more hunts by your buddies if you are the one with the nice decoys.